World War II Film Series Watch Party: "In This Corner of This World" (2016)

Please NOTE: Access to the film itself will not be provided. Film is streaming now on Amazon Prime, Netflix, and other platforms. 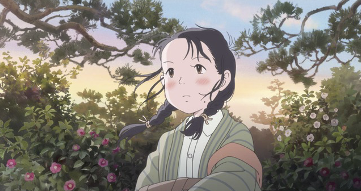 "In This Corner of this World", 2016
この世界の片隅に (Kono Sekai no Katasumi ni)
Directed by Katabuchi Sunao
February 24, 7:00 PM

A young woman in Hiroshima marries and struggles to maintain her will to live despite food shortages and being surrounded by death.

The annual February Japanese Film Series is presented by the University of Pennsylvania Center for East Asian Studies (UPenn CEAS) and the Japan America Society of Greater Philadelphia, this year as watch parties. This means that you will need to be watch the film using your own access to a streaming service (or by watching a physical DVD or similar).