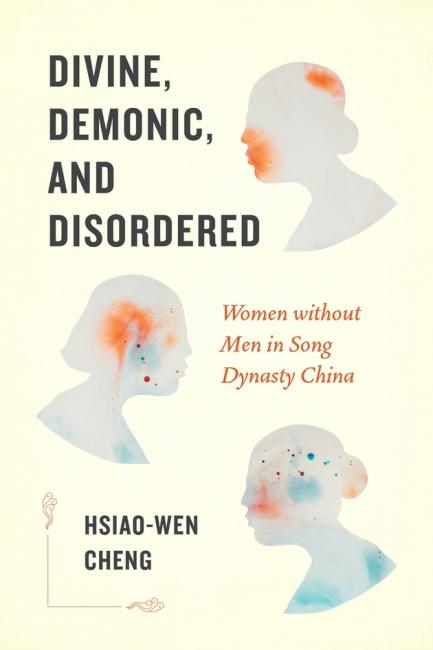 Hsiao-wen Cheng (Associate Professor of East Asian Languages and Civilizations at Penn) will talk about her brand-new book Divine, Demonic, and Disordered: Women without Men in Song Dynasty China

Here is the publisher's description of the book:

A variety of Chinese writings from the Song period (960–1279)—medical texts, religious treatises, fiction, and anecdotes—depict women who were considered peculiar because their sexual bodies did not belong to men. These were women who refused to marry, were considered unmarriageable, or were married but denied their husbands sexual access, thereby removing themselves from social constructs of female sexuality defined in relation to men. As elite male authors attempted to make sense of these women whose sexual bodies were unavailable to them, they were forced to contemplate the purpose of women’s bodies and lives apart from wifehood and motherhood. This raised troubling new questions about normalcy, desire, sexuality, and identity.

In Divine, Demonic, and Disordered, Hsiao-wen Cheng considers accounts of “manless women,” many of which depict women who suffered from “enchantment disorder” or who engaged in “intercourse with ghosts”—conditions with specific symptoms and behavioral patterns. Cheng questions conventional binary gender analyses and shifts attention away from women’s reproductive bodies and familial roles. Her innovative study offers historians of China and readers interested in women, gender, sexuality, medicine, and religion a fresh look at the unstable meanings attached to women’s behaviors and lives even in a time of codified patriarchy.