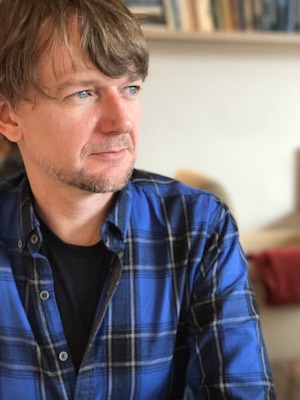 Owing perhaps to cultural and geographic proximity, BL media has found a particularly receptive home in many parts of Asia, where it has often taken on new meanings and had different fan bases and cultural effects from in its country of origin. After briefly reviewing the emergence of BL and its impact in Japan, in this talk I will synthesize and discuss the work of over a dozen scholars researching BL media and the varied sociocultural effects of BL media in East, Southeast, and South Asia, which I am currently compiling into a collection provisionally entitled Queer Transfigurations: Boys Love Media in Asia. These effects range from helping female BL fans reconsider their attitudes towards romance, sex, and sexuality in India and the Philippines, to affecting attitudes about and representation of the LGBTQ community, including same-sex marriage, in Indonesia, Taiwan, and Thailand, to facilitating new forms of exchange across the region.

James Welker is an associate professor in the Department of Cross-Cultural Studies at Kanagawa University. His research examines gender and sexuality in postwar and contemporary Japan. He is the author of Transfigurations: Feminists, Lesbians, and Shōjo Manga Fans in Late Twentieth-Century Japan (Hawai‘i, forthcoming), and co-editor of Rethinking Japanese Feminisms (Hawai‘i, 2017; with Julia C. Bullock and Ayako Kano), [and] Boys Love Manga and Beyond: History, Culture, and Community in Japan (Mississippi 2015; with Mark McLelland, Kazumi Nagaike, and Katsuhiko Suganuma), and Queer Voices from Japan (Lexington, 2007; with Mark McLelland and Katsuhiko Suganuma).