CSCC Speaker Series: "Symbolic Power and Subnational Identity in China and the USA" 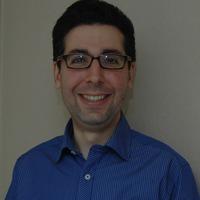 Although studies of national patriotism are common, few scholars have examined how subnational (state, province, provincial-level city & autonomous region) identity is constructed and maintained.  Using a survey experiment and big data analyses, I compare and contrast subnational identity in China and the United States.  Even in a unitary state like the PRC, where provinces are officially merely units of administrative convenience, ordinary citizens often maintain strong attachments to their province of origin or residence.  In this paper I first provide evidence of the surprising strength and ubiquity of subnational attachment, then discuss how it is built and maintained, and finally discuss larger implications for both countries.  In particular, I argue that these subnational ties suggest that patriotism should be further disaggregated, and might not be as powerful as it appears to be in legitimating the rule of national states.  The results also suggest that exposure to symbolic power fails as a means of directly changing political attitudes, providing further evidence against the group “Persuasion Theories” presented elsewhere in the book.