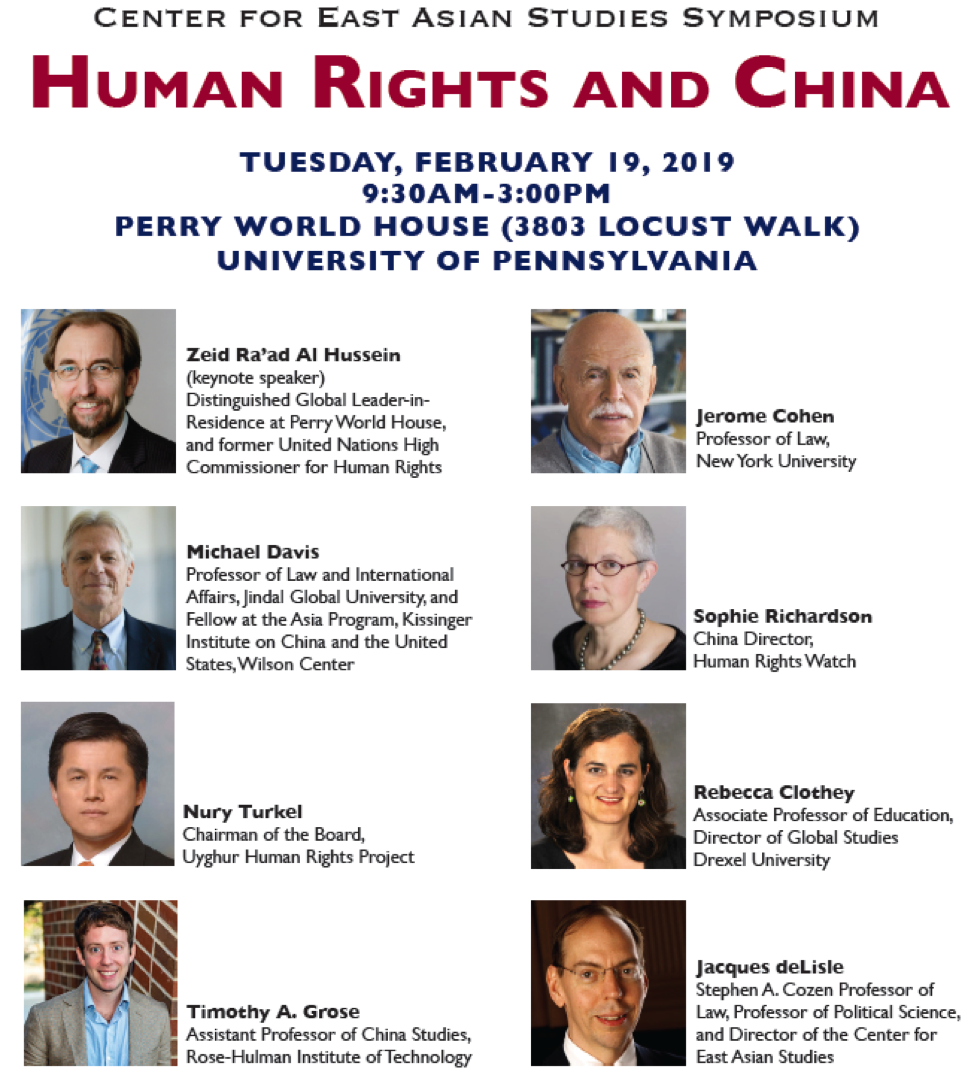 Across and around China, many phenomena raise significant human rights concerns. In much of China, a more illiberal political climate under Xi Jinping, crackdowns on human rights lawyers and unauthorized religious groups, new limits on nongovernmental organizations, and an increasingly pervasive surveillance state; in Xinjiang, detention and internment of Uyghurs on a massive scale, and mounting state-created threats to ethnic and Muslim identity; in the Hong Kong Special Administrative Region, growing intervention by the central government and threats to Hong Kong’s promised autonomy, and stifling of democratic reform and prosecution of pro-democracy leaders; and, across the Taiwan Strait, renewed emphasis on contrasting human rights conditions on the island and in the Chinese mainland amid Beijing’s renewed squeeze of Taiwan’s international space and pressure for unification.

This program has been approved for 3.5 substantive CLE credits for Pennsylvania lawyers. CLE credit may be available in other jurisdictions as well. Attendees seeking CLE credit should bring separate payment in the amount of $140.00 ($70.00 public interest/non-pro t attorneys) cash or check made payable to e Trustees of the University of Pennsylvania.