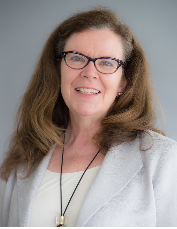 Perhaps the most fundamental role of the state is to organize for war, and yet the use of force by states has been reconsidered over the twentieth century in the wake of two World Wars. Globally, the formation of international institutions, first the League of Nations and then the United Nations, designed to mitigate the consequences of war has been a foundation of international relations scholarship. But another experiment in constraining the use of force has been less considered:  the redesign of the Japanese state based on the premise of military self-restraint.
This discussion of Japan's unique approach to the use of force will highlight several aspects of this postwar experiment. First, what is the mechanism for imposing military self-restraint and how has it been challenged? Article 9 of Japan's postwar constitution stipulates "the Japanese people forever renounce war as a means of settling international disputes." This document has yet to be revised despite the significant capability of Japan's postwar military. Second, how has the role of the military within the state changed as a result of this norm of self-restraint?  Japan's Self Defense Force has assumed greater missions over time, and civilian leaders today send the SDF abroad in a variety of new missions. Third, has this national pursuit of military self-restraint been effective in terms of managing threat? Here Japan's alliance with the United States, as well as its increasingly close security cooperation with others in the Indo-Pacific offer evidence that placing the SDF in broader military coalitions may be an adaptation of Japan's norm of military self-restraint.
Sheila A. Smith is Senior Fellow for Japan Studies at the Council on Foreign Relations