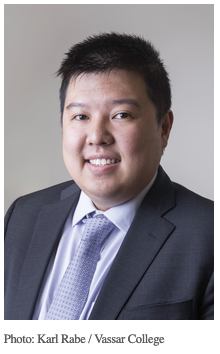 Abstract of the Talk

Wayne Soon argues that global connections and transnational medical cultures forged by diasporic WWII medical personnel was central to the survival, growth, and centrality of military medicine in postwar China and Taiwan. Established in post-war Shanghai in 1946 from a military medical complex during World War II, the main military medical institution (National Defense Medical Center NDMC) faced existential threat when its primary source of financial and logistical support from the Chinese diaspora and American aid organizations shriveled up. As the only medical center to move from China to Taiwan in 1949, the NDMC faced an uncertain future on the island. In the mid-1950s, the NDMC’s personnel developed an elaborate Cold War vision of NDMC as a center for training anti-Communist Overseas Chinese students. This vision persuaded the U.S. government to financially support the NDMC in the mid-1950s, enabling the center to become one of the three leading medical colleges on the island today. The center’s philosophy of fusing medical therapy, training, and ideology played a unique role in shaping Taiwan’s exemplary universal health care system, and left an important legacy in its fight against SARS and COVID-19.

WAYNE SOON (PhD Princeton) is an Assistant Professor of History at Vassar College. He researches on how international ideas and practices of medicine, institution-building, and diaspora have shaped Chinese East Asia’s interaction with its people and the world in the twentieth century. His book, Global Medicine in China: a Diasporic History (Stanford University Press, 2020), tells the global health histories of Chinese East Asia through the lens of diasporic medical personnel, who were central in introducing new practices of military medicine, blood banking, mobile medicine, and mass medical training to China and Taiwan. Universal care, practical medical education, and mobile medicine are all lasting legacies of this effort on both sides of the Taiwan Straits. Dr Soon’s published and forthcoming articles can be found in Twentieth Century China, Bulletin of the History of Medicine, American Journal of Chinese Studies, and East Asian Science, Technology and Society: An International Journal.